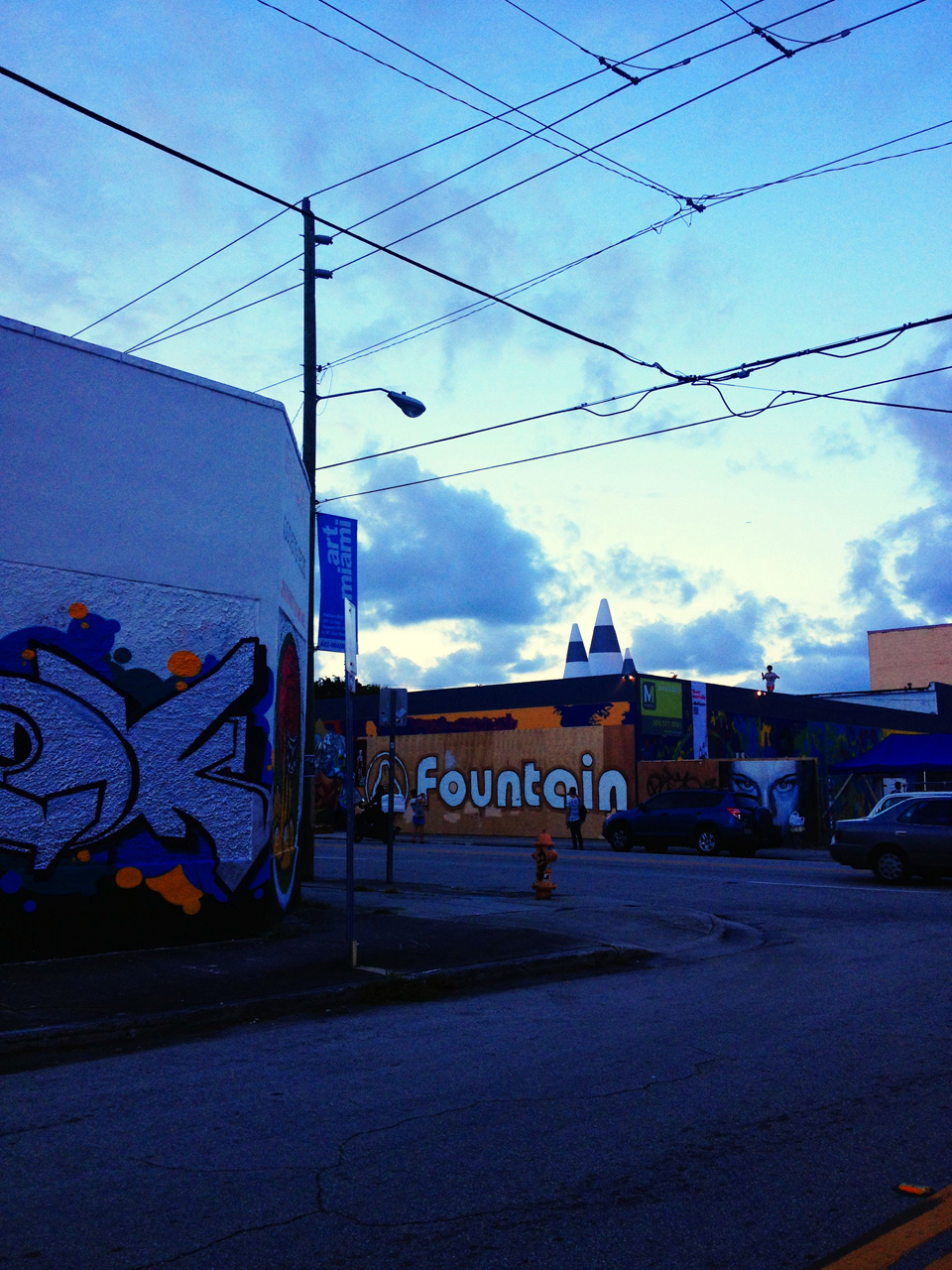 It’s the first week of December, and the Miami edition of Art Basel is in full swing. The official sister festival to the world-famous Art Basel that takes place in (duh!)Basel, Switzerland, Art Basel Miami (that’s a lot of Basels in a row, sorry grammarians!) is currently in it’s tenth year of operation. It’s done wonders for the standing of Miami’s art world, but like anything Miami-related, there’s a huge layer of bullshit built in…

As a note of clarification, what most people consider “Art Basel” actually consists of the official Art Basel fair at the Miami Beach Convention Center, along with several unrelated satellite fairs such as Design Miami, and the numerous galleries in the Design District and Wynwood neighborhoods in the City of Miami hosting their own affairs. Art Basel Miami basically spawned a whole ecosystem of unaffiliated satellite events, much like Winter Music Conference did. However, unlike WMC, Art Basel is not fighting a rearguard action (sorry Bill, it’s true…) with regards to these events. Art Basel basically ignores them and does what they want.

However, most people don’t distinguish the individual events per se and just say “Art Basel”.

This year, 2012, has proven to be the biggest Basel yet. It’s Friday night and I’ve already noticed a huge amount of traffic on all the Beach-bound bridges and causeways, and the Wynwood neighborhood is a complete traffic disaster. One would guess that after ten years of practice, the various municipalities would have managing this down to a science. At least close the streets to vehicle traffic in Wynwood.

And the source of that traffic is the crowds, of course. Most of which have no real interest or idea about the art on display, or the art world in general. For the record, I’m not a huge participant in the Miami art scene, even though I’ve sold a few pieces. I should get out more, to be blunt. However, it isn’t too difficult to see that you have the masses of people who are just out for the see-and-be-seen scene, and of course the copious amounts of free booze. Then they can tweet to their friends that they are “Baseling”, of course. 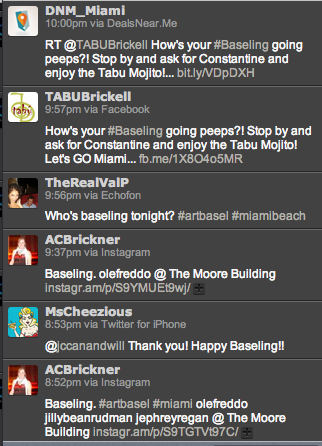 I don’t decry anyone making a lifestyle of it, I know several people whose social scene in general consists of cruising sponsored events, but for the art scene in particular, it can be problematic. Artists local and global have to deal with the “freeloaders” in order to get to the 2 percent of the people who may want to purchase their art. The official Art Basel fair actually recognizes this issue and the first two days of the fair are closed to the public and only accessible to well-heeled collectors who can afford a ticket or have the industry cred (i.e. they own a gallery, etc…) to actually be there to conduct business…

But the unfortunate side effect, the bullshit, is that the art generally plays second-fiddle to the social scene. The art is the excuse to go out and get banged up. Hey, if I want to get banged up, I can do that with little to no justification. I do feel though for the local Miami artists, who have to deal with this extraordinary amount of bullshit just to get their work out there. Miami struggles to be recognized as an “arts” city, and when Basel comes, it’s all laid bare that 90 percent of the crowd is just treating it as a hipster version of Spring Break in December. With celebrities, who actually don’t purchase any of the art, anywhere.

I feel for friends of mine, like KEPROCK, whose work is Instagrammed above, who struggle to produce great pieces, and they have to struggle further just to get heard.

Have I voluntarily recused myself from Basel? As a potential exhibitor? Yes. I’ve had “real life” happening, and haven’t had the time to curate and produce my own exhibit. However, discussions have happened. I’m hoping to do something next year.

As someone going out to check out the scene? No. I’ve been out, just bouncing around basically. I’ve avoided the big-ticket fairs, the celebrity events, and the Beachside quagmire. I have scant desire to be crammed into any venue which is flush with people doing Instagram self-portraits (har har) and checking in so all their friends get to see how ‘cultured’ they are. So far I’ve done a few Wynwood runs, ended up at The Corner three times in one night, and somehow ended up at the Vagabond. Oddly enough in these travels, I’ve seen more genuine art-related goings on than in any “art” themed event.

If you are here for Basel, welcome. Just don’t bullshit a bullshitter, and be honest. You’re only here for the (free) beer.

Taken at The Vagabond

Taken at The Corner

Oh and yes, all the prior images were shot with my iPhone. It’s a fun challenge maxing out the sensor.