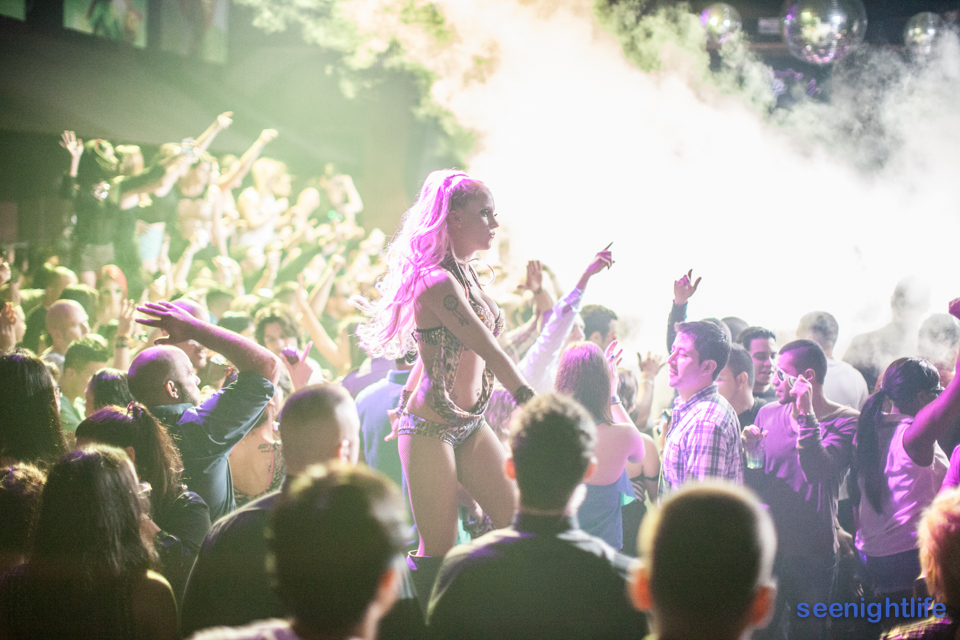 When I originally established this blog, I resolved (in my mind) not to talk much about nightlife and ‘the scene’, as it were. After all, that’s what Talk Nightlife is for.

But, some big changes in the Miami scene are going down, and I think a long-form article is probably in order…

For a few months now, strong rumors had been brewing about a massive takeover of local Miami nightlife assets by a large outside organization. Speculation ran rampant, from Vegas operators to Live Nation. Eventually, the power play came in the form of a near-total acquisition of The Opium Group, operators of Mansion, SET, Mokaï, Cameo, and Opium at the Hard Rock in Hollywood, FL, by SFX. In addition, it is public knowledge that SFX is in the process of acquiring Miami Marketing Group aka MMG, the operators of LIV, Story, and Arkadia, the other three main nightclubs in town. So, in one broad stroke, Miami’s nightlife scene will be under the control of SFX.

As a bit of a backstory, SFX was founded by businessman Robert F.X. Sillerman. It is a descendent of the 1990s venture, SFX Broadcasting, which was a major player in the broadcast market until the emergence of Clear Channel. Sillerman also had a hand in the founding of Live Nation, which is the current live music monopoly in the United States.

Now, fast forward to this year, Sillerman is in the process of scooping up all the major dance music related venues and properties in the United States. Festivals, nightclubs, and even media properties and record stores have been acquired, or are (in the case of Dancing Astronaut), rumored to be in his sights.

I don’t begrudge him, or anyone else for that matter, the ability to make money, and buy and sell businesses with that money. That being said, from a greater perspective, this isn’t necessarily a good thing, for the entertainment scene, and economy, as a whole.

Well, simply put, now the entire Miami nightlife industry is essentially under one umbrella. And this one entity has near-complete control, not just in Miami, but throughout the country. If you are a DJ or performer, SFX can essentially freeze you out of the entire US, if you refuse to play one of their venues in a given city. For example, if I am a DJ, and wish to play Space (a non-SFX venue), SFX can block me from playing other venues they own throughout the country. This might not be a huge problem if I go to a city like say, Los Angeles, or Vegas, but for the entire Midwest, where each city has only one major venue (probably under SFX’s control, or at least getting their bookings through them or Disco Donnie Presents, another SFX property), I could potentially be frozen out. And these days, at least until Disco Demolition Night 2.0 (it will happen!), the Midwest is key to a DJ/electronic music artist success.

Also, if I’m a vendor for said venues, SFX can now name their price. For example, if I sell bar items and supplies to clubs, normally I could ask for a given price, and if a certain venue went elsewhere, it wasn’t the end of the world, since there’d be ten other venues I could hawk my wares to. Now, with one company calling the shots, I’m essentially at the mercy of them in my market. If they want to pay $1.00 per cup, that is what they are going to pay, and if I can’t meet that price, they will take their business elsewhere. And then I’m left having to fight for the scraps from the small-scale venues, which may not be able to afford my prices, since now my prices have gone up, just to stay in business.

I am certainly not an economist, but this all smacks of monopolization.

Along the same lines, it will be harder for up-and-coming and “different” artists to get booked, since typically in a mass-market corporate environment, the numbers are being tallied in a home office somewhere, and not on the front lines in each market.

The vertical integration aspect is frightening as well. SFX is rumored also to be making moves on ticketing and media properties. If this is true, they will control the marketing, sales, and broadcasting/media aspects of the dance music scene. They will be able to sell tickets on their own (good luck!), market their own events (OK, I guess that isn’t too bad), and then have blogs “review” said events. Formerly credible media sources will be under control of the biggest dance music event producer in town. So, people won’t get the truth as easily as they once did. A major blog such as Dancing Astronaut, under the control of SFX, will have about as much relationship to reality as Pravda did to the world during the Cold War. Just as an aside, Pravda was the “newspaper-of-record” in the former USSR, and under the full control of the Communist Party. The Cuban analogy would be Granma, or what people think of FOX News these days.

Now, in the press, and via his spokespeople and new employees, Sillerman claims to be a backroom sort of guy, in that he lets the businesses keep on operating as normal, and only wants his share, while financing their growth. In my observations and experience, it usually doesn’t work out that way. Live Nation is an excellent example of those intentions. My own experience with the original site I worked for getting acquired is another.

Sidebar: As of this writing, the 800-pound gorilla in the room is that Space is most likely going to be sold, or has already been sold. To be honest, I’m privy to certain information, but as of right now, it is definitely not for public consumption. That being said, you guys know where to look for updates on that story.