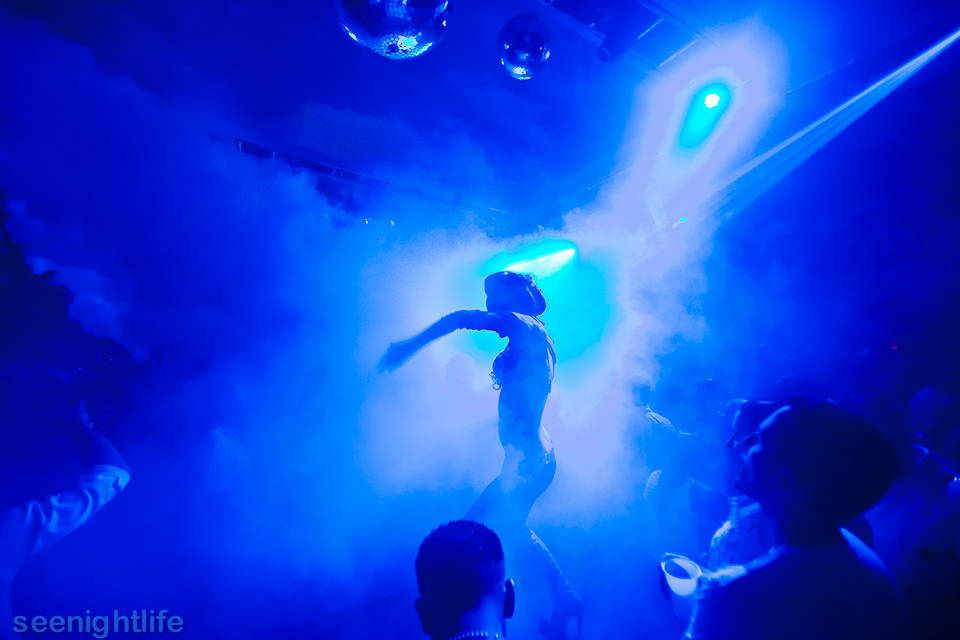 It’s approaching the peak of the Miami nightclub season. Winter Music Conference/Miami Music Week/Ultra Week, or whatever the kids choose to call it nowadays is just around the corner.

And, the dance music and entertainment media organizations are lining up their strategies for coverage…

This will be my 15th WMC. My first one, I wasn’t really a full-fledged nightlife photographer. My WMC was spent at the Surfcomber Hotel Pool, where my friend John and I provided sound and lighting reinforcement to a bunch of small parties (the monster that is known as The Pool Parties At The Surfcomber was still seven years away…) for some then-unknown DJ talents including the likes of Deep Dish, Saeed Younan, and plenty more. I took some random photos while working a primitive analog lighting console for the ambiance. It wasn’t bad. We even had a UREI-1620 mixer for the guys.

Anyways, at the time, the media, as it stood, consisted of mostly European print magazines rolling their WMC coverage into a “vacation” junket, and some seminal US-based publications and websites. The coverage was mostly positive, but at the same time, it was fairly balanced, as several publications ran with horror stories of your typical South Beach door antics and heavy-handed treatment by club staff.

Then, at the dawn of this century, the whole “club website/blog” phenomenon kicked off. The original batch of sites, including the “blue site” Cooljunkie, that I have alluded to in the past, were a mix of regurgitated press releases, as well as legitimate journalism and review pieces, which, at times, were critical of the topics covered. Of course, the entertainment world reacted predictably.

Invariably, nightlife and entertainment websites are supported by advertising. And most of the time, the advertising is usually in the same field as the topics being covered on the site or blog. If the site is about nightclubs and DJs, chances are the advertisers were nightclubs and DJs. Neither of whom could make the mental division necessary to differentiate advertising from editorial. And thus, ‘advertorial’ started to become the norm. Since ample time has passed, I can confess that myself and my co-workers at the blue site, and later the entire Track Entertainment organization that acquired us, played a huge part in writing the nightlife advertorial playbook. We elevated mere regurgitation of PR writings into full-blown yellow journalism for the internet age. Of course, at the time, no one knew. And no one did. It was definitely unethical. Sometimes I don’t feel right about it, but for the most part, I do realize it’s just nightlife, not war journalism.

However, the one thing that does bum me out a bit is the precedent that was set. Since, at the end of the day, the sites were unashamedly moneymaking enterprises, we all played along when major clients needed nice things said about them. But we managed to still squeeze in some legitimate reviews on occasion.

With this precedent though, the model was established. Every year, right around this time, I see a host of new sites emerge, launching just in time for WMC. It’s the usual formula, one I helped establish about twelve years ago. There’s a section for music “reviews”, club “reviews”, the obligatory photo gallery, and maybe a community forum. And, from day zero of the site’s launch, it’s all advertorial. No scathing exposé of a club’s security beating it’s patrons to a bloody pulp, no newsflash about DJs exorbitant fees for Conference, it’s all just party announcements and PR. And right off the bat, it’s structured that way from the beginning. These new jacks learned our playbook, and learned it well.

Case in point, a friend of mine recently had a small “write-up” written about her on a local nightlife site. Now, in the interests of fairness, she is good at her job, and is worth the attention of sorts, but the article was blatantly a puff-piece to ensure the site’s access to her parties, as well as part of an advertising sales package. Right out of the gate. The sad thing is, the site operators will probably call themselves “press” or “journalists”. Not even close, kids. Sorry. I’m keeping it civil here and not naming names, but you know who you are.

Thankfully, and not to toot my own horn, Talk Nightlife manages to survive. The one constant bulwark about advertorial has always been “the community”. Whether it’s through TNL, or the major social media channels, the community opinion will get out, and it’s usually the community opinion that provides the best insight into the world of illusion that is nightlife and entertainment. Of course, it’s a two way street. TNL and the social media channels are rife with sock puppets, whom are usually club promoters, employees, PR flacks, label-types, and “social media managers”. Now, every legitimate organization out there has a right to defend itself, but I firmly believe this should be done in as transparent of a manner as possible. If I’m conversing with a club promoter on TNL, I’d like to know that I am. Well, since we’re talking about transparency here, I will say (and it’s not a secret) that, for my own satisfaction, I will run a quick check on suspect posters. I usually let the community out them, but in some cases I will drop a few hints as to whom the community has the pleasure of speaking with.

Yes, I’m aware my rant about advertorial is almost coming across as advertorial for TNL, but I don’t consider this an advertorial piece since I don’t make money off of TNL. I’m not trying to sell anything here. My interest here is purely academic, my goal is to let the people know what kind of sites and resources they are dealing with out there. Without much exaggeration, I will say 99 percent of the so-called club websites out there, are advertorial sites. The people behind them blatantly sell them as such, even. I’ve had the distinct “pleasure” of sitting in on some meetings (incognito), where some of these sites try to sell clubs on advertising. Without batting an eye, the site proprietors sell the clubs on advertorial. It’s a sad commentary, really.

What worries me is that this mindset is endemic to just how people are. I’m not a paragon of moral virtue, but in my old age I’ve been taking a stand on matters that concern me in this world. It’s no secret I’m not happy with the state of nightlife for example. And I state that loudly and clearly. I’m not talking music choice here, things change, I’m just a little disappointed that it’s all going corporate, and that innovative spark is fading in favor of a few microcents in the black on the balance sheets. And beyond mere nightclubs, I’ll rant about my Libertarian leanings, of course.

So, dear readers, if you take away anything from this rambling discourse, take away the fact that 99 percent of the “music journalism” sites out there, especially in the dance music and nightlife field, are nothing but thinly-disguised ad brochures for the advertisers. Don’t get me wrong, our venues and nightlife are amongst the best in the world, but there’s certain aspects which I do think every consumer has a right to know before they step foot on our soil, especially if they are coming for Winter Music Conference.

I guess, in this case, other than TNL, the social media sphere might just be the savior. The tricky part is, of course, sorting through the noise, and getting to the heart of the matter at hand.

Gosh, did I just say something positive about social media?

See you guys for Conference.